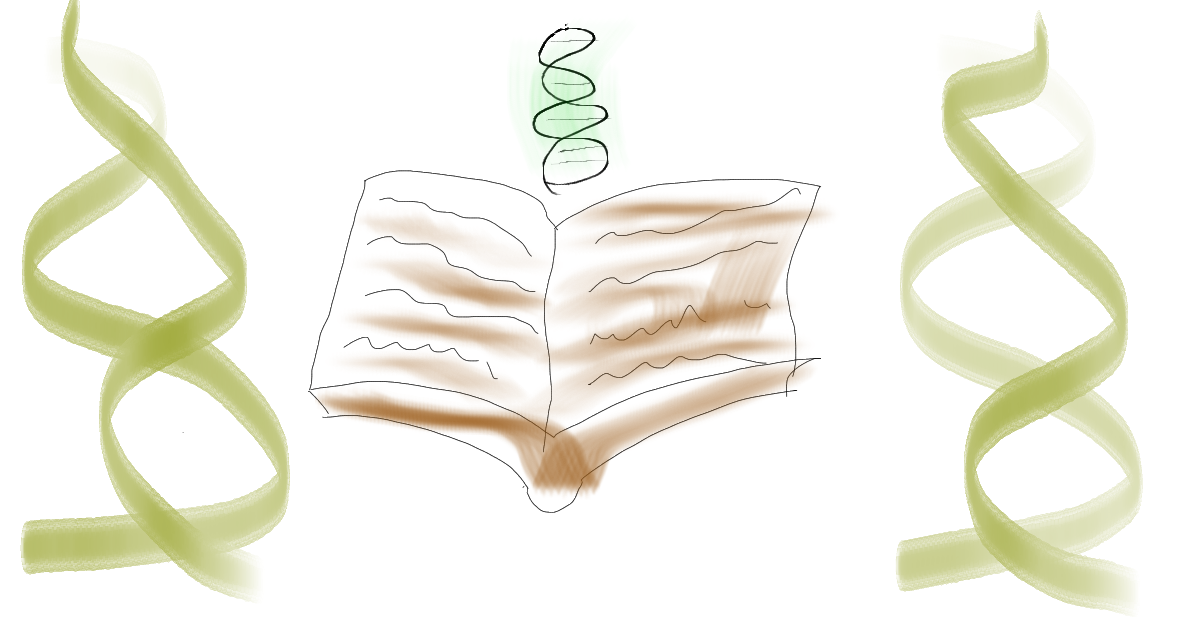 There are two types of history, the one we remember and the one we don't. Many people remember the glorious times when gods inhabited the planet. Some were compassionate, and some were as fallible and self-centered as many modern celebrities. In some parts of the world, the stories of exploration and creation are alive and guide daily practices and rituals.

There is also an entire history that no one remembers. It does not include giants and gods, but dominance, interaction with other intelligent beings, perhaps even genocides before the word or the concept itself was even invented. These histories are ancient, some may predate language itself, and they are older than what oral traditions can remember.

Copying books by hand is a tiresome activity. If your sole purpose in life is to copy what someone else wrote, there's a big chance you'll end up distracted and letting your mind rumble through uncertain places. In the process of copying, scribes would introduce small changes, either willingly (like a correction) or unwillingly (such as a spelling mistake).

From one generation of a book to the next, changes would accumulate. To trace its history, one can study different copies of the same book. For example, one transcription may include a spelling mistake that in turn is inherited by later versions. A diligent scribe may correct these mistakes, but the other version will still be around. Some changes could be improvements to the readability, replacing out-of-fashion words, or censoring ideas that fell outside of the moral of the time.

In this process of copying books over and over again, each one gained a unique history. A history that goes beyond the words themselves and tells the story of the book itself. It reveals its origins, its changes of hands. But it also reflects the history of the place where the book was. We can ask why one text was transcribed more often or why some passages are missing in certain copies. The story that the book tells can be as valuable as the story the book contains.

At some point, several generations of changes can make books almost unreadable, or they can completely change the original meaning. Librarians from the ancient city of Alexandria identified the problem[@vallejomoreu2019El infinito en un junco: la invención de los libros en el Mundo Antiguo]. Scribes were tasked to correct the books and compile definitive editions. They became the absolute sources of truth, only to be subject to the unavoidable wheel of time a few decades later.

In a cave in Bulgaria, a group of scientists unearths the bones of ancient humans. They make a surprising discovery when they study their genomes. Two remains are from individuals who lived thousands of years apart and showed amounts of neanderthal DNA much higher than in contemporary humans. Both individuals had at least one Neanderthal ancestor less than six generations before[@hajdinjak2021Initial Upper Palaeolithic humans in Europe had recent Neanderthal ancestry]. The mixing and cohabitation of both species were spread through millennia and is the backbone of a time much more remote than our oral traditions' earliest memories kept alive.

Each time someone is born, their DNA is a mix of their parent's DNA. From one generation to the next, some small, random changes will occur. These changes can be passed to the next generation, giving each descendant unique traits. For example, blue eyes appeared on a single individual who lived around 10000 years ago, probably close to the Black Sea[@eiberg2008Blue eye color in humans may be caused by a perfectly associated founder mutation in a regulatory element located within the HERC2 gene inhibiting OCA2 expression].

In the same way that a scribe can check for spelling mistakes in words, cells have mechanisms to do spell-check. DNA has an alphabet of just four letters: A-T-C-G, and every time a cell divides, a small protein will check that the copy is correct. It will do the best possible job, just like an old scribe who has been working on the same text for weeks on end. Once in a while, a change will go unnoticed. Someone with blue eyes will be born.