If there is evidence of a correlation between brain developement and family income, it could also be assumed that other parameters would also correlate with the socioeconomic level of a student. Particularly, in Latin America's primary education, the basic competences that define scientific literacy, correlate with the socioeconomic index of the schools[@furman2020Aprender ciencias en las escuelas primarias de América Latina], and is seen in the figure: 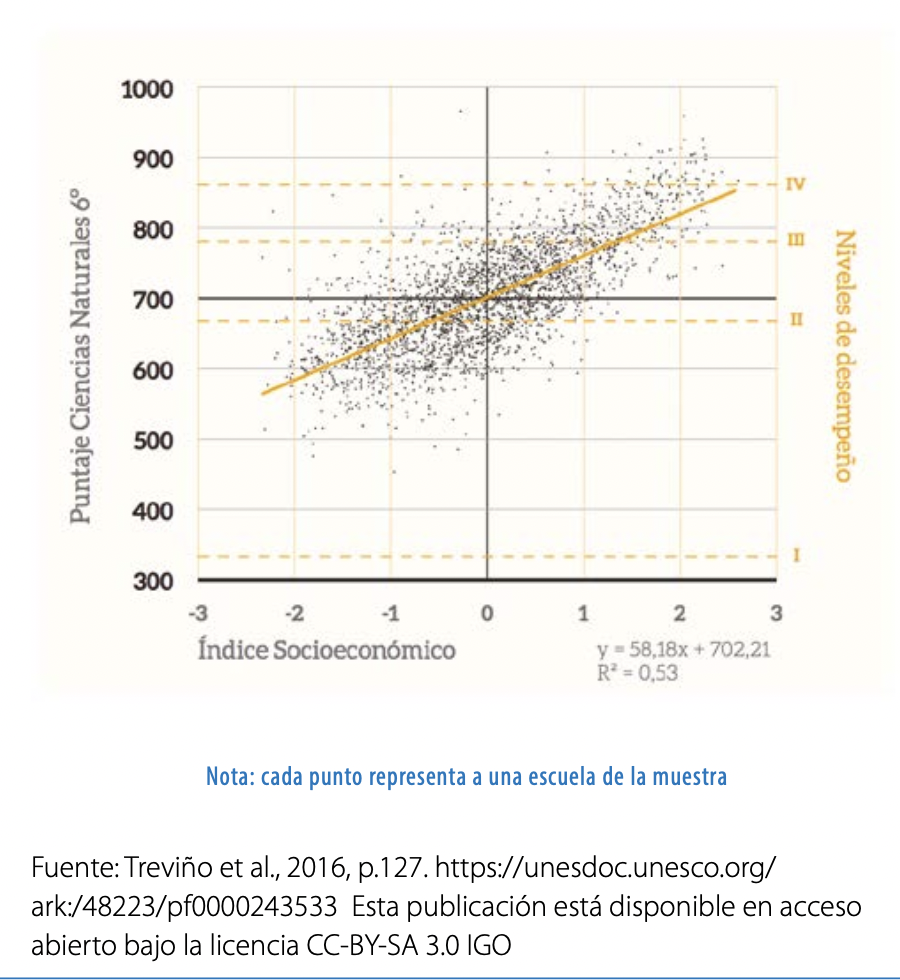 The plot shows the mean (could also be the median; it was not clear from the text) results of standardized educational tests per school. There is a visible correlation between both variables, even if the data shows a large spread. The figure shows the data for schools of different countries in Latin America. Narrowing it down per region could also shed some interesting insights.

I think that the most valuable insight in the plot is that there are many outliers. There are schools of lower socioeconomic sectors that outperform schools in the higher end of the scale, in the same way that there are schools that underpeform. These are the schools that should be explored in detail, on the one hand to try to replicate the model they implement, on the other to try to understand the context that generates lower performances. 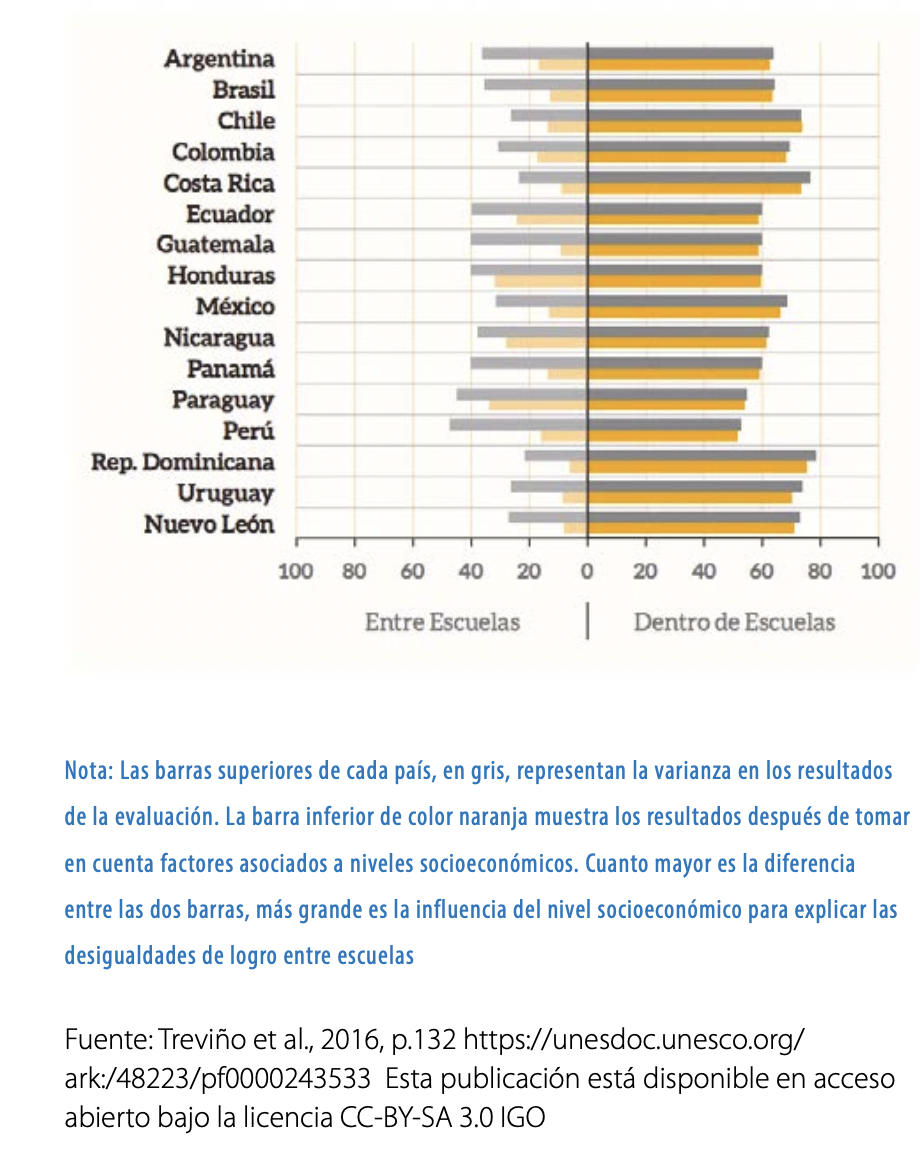 Although slightly confusing, the figure[@furman2020Aprender ciencias en las escuelas primarias de América Latina] shows that the variation of education output within schools is much larger than the variation between schools of the same country. According to how I understand it, the figure shows that the intra-school variance does not correlate with socioeconomic level but it does correlate when looking at an inter-school level.

The problem of finding a correlation between socioeconomic level and education performance is that in this case the system fails at generating equal opportunities for social mobility, assuming that education allows upwards social mobility.

Join my experiment of better thinking and interesting discussions